On the basis of European Union Directives[1], French regulations have for more than 10 years established a principle of strict protection regarding the “protected species” (“espèces protégées”).

Developers of PV projects in France have for a long time and often because of a lack of information missed the issue. Yet, some local environmental authorities have recently and sometimes brutally brought them back to sobering reality.

An accurate knowledge of the species present at the project’s site allows the developer to plan measures to prevent and reduce the impacts on protected species. If these measures are sufficient, no administrative formality related to the regulation of protected species will be necessary. Otherwise, a request for derogation shall be addressed to the administration.

For the derogation to be granted, the request file must be carefully prepared and the assistance of specialized lawyers is highly recommended.

What are the regulations applying to protected species?

After having been condemned several times by the Court of Justice of the European Union, France has transposed the Europeans Directives on the conservation of wild birds and the conservation of natural habitats and of wild fauna and flora, applicable to protected species, in its Environmental Code by the Agricultural Orientation Law of 5 January 2006[2].

The principle is that whenever a specific interest or the necessity of conserving biological heritage justifies the conservation of non-domestic animal species or non-cultivated plant life, the law prohibits, among other things, the destruction, alteration or degradation of animal or plant species listed in various ministerial orders as well as the degradation of their specific environment[3].

Derogations may, however, be granted by the Prefect (Préfet)[4] or the Minister in charge of nature protection[5], depending on the kind of species at stake, but obtaining this derogation is often a real uphill battle, as it is subject to three very stringent cumulative conditions[6]:

If a derogation is necessary, the works can only start after that derogation has been obtained. Failing that, the administration could issue a stop-work order and require that the developer regularises the situation within a certain time[8]. Carrying out a project without having requested a derogation when it was necessary also may result in criminal sanctions[9].

What are the issues at stake?

The appetite for large ground-mounted solar power plants in France shows no sign of decreasing[10]. Those projects are subject to the obtaining of a building permit and the achievement of an environmental impact assessment (EIA) and of a public inquiry[11] as long as their overall power capacity is over 250 kWp.

Regulations applicable to building permits being independent from regulations related to protected species, developers have to ensure that their projects comply with the latter.

Over the last few years and regarding ground-mounted solar power plants, local environmental authorities in some French regions, sometimes receiving information from associations opposed to large-scale projects, have made this very stringent legislation into their playground by “inviting” project developers in a systematic manner to submit a derogation request file.

Our experience has been such that derogation request files shall be prepared with the utmost consideration, all the more since the Prefect’s and local environmental authorities’ demands as to the content of the file do not always emerge clearly from the provisions of the Law.

How to prevent the issues from arising?

To avoid any risk of violation of the regulations on protected species, a developer of ground-mounted PV projects shall first identify in the EIA the species benefiting from protection present on the site of the project and in its immediate vicinity as well as the effects of the project on these species.

After having conducted the studies, developers must plan and lay down in the EIA measures to prevent any impact of the project on protected species. If these measures are not sufficient, some further measures to reduce the impact must be planned and also described in the EIA.

Wherever a “significant residual impact” (“impact résiduel significatif”) still exists according to the EIA despite the application of measures planned to prevent and reduce the impacts of the project, a derogation shall be requested. Thus, the third part of the well-known principle of European and national Law “Prevent, Reduce, Compensate” applicable to EIAs shall not be considered to assess whether a derogation is necessary, which is very often overlooked by the developers.

Once the developer has come to the conclusion that a derogation is necessary, it shall include in its derogation request file an environmental assessment[12] which identifies:

The assessment shall also describe the measures planned to prevent or, failing that, to reduce and, as a last resort, to offset the negative impact of the project on the affected population of the protected species. According to the Circular of 21 January 2008, the compensatory measures must have a real probability of success, be based on the best available knowledge and experience and be implemented before the beginning of the works or, where this is compatible with their effectiveness, at least simultaneously.

Derogations can only be granted if the applicant demonstrates that all the above mentioned conditions are met[14].

Account shall also be taken of the following points in the derogation request file:

In summary, the regulations on protected species and the procedure to obtain a derogation are complex and should not be understated by developers of PV projects. The avoidance of the significant risks linked with those regulations requires technical and legal expertise and support from the very beginning of the development of the project. 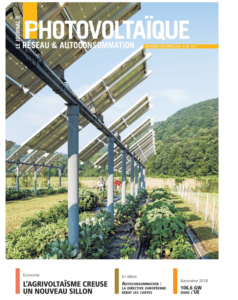 [10] According to a recent announcement, six major developers of PV projects plan to develop and erect the largest ground-mounted solar power plant in Europe with an overall power capacity of 930 MWp.

[12] This environmental assessment differs from the one required to obtain the building permit under Article R. 122-2 of French Environmental Code.